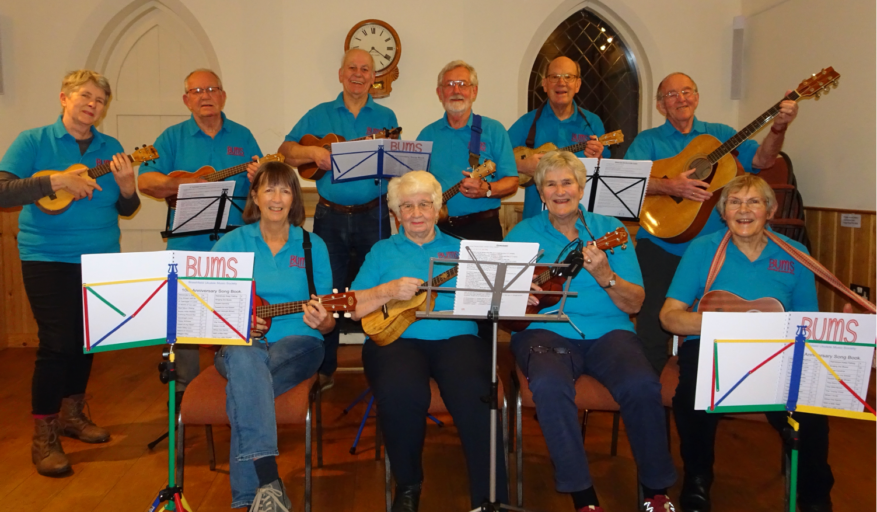 Braishfield Ukulele Music Society (BUMS) started in 2012 after David visited New Zealand and happened to go along to a group who were playing the Ukuleles. They all were enjoying themselves and he thought it would be good to start a group in Braishfield Village. This he did and a small number turned up and they started to do various village gigs.
Some of the original members are with us today, David, Alex and Graham, sadly two have died: Ron and John. Over the years new people have come along and joined in and we now have a group of ten or so who meet regularly for practice. Over the years we have played in local pubs, village events, care homes, societies and clubs. These have ranged from small groups of five in the audience to groups of over 100. We also took part in the Guinness Book Of Records at St.Mary’s Stadium in Southampton joining some 2,300 ukulele players. We are perhaps unique in providing Sing-along Books for the audience so that they can join us in singing. If you would be interested in joining or booking the group for an event, please get in touch with:

All money raised is given to local charities.